Top 5 Smart phone of the world

There are many who prefer latest Smartphones that feature bundles of apps and stylist designs. Yet there are users who still rely on phones that live by their convenience.

Well, here’s something of a shock if you’re a Samsung fan – after nearly two years of dominance, the Korean brand has fallen from the top spot.

The S3 is still a wondrous phone: it’s got every kind of feature we could ask for and more, and raised the bar once again in terms of what consumers should be expecting in terms of battery life, processor speed and media management. 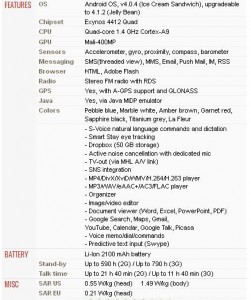 Sony’s new handset is most definitely the most impressive the firm has launched either in its current guise or as Sony Ericsson. And it’s water and dust resistant too. You can see the Sony influence throughout the handset as it oozes quality and build from the large screen, which fits close to the edges of the bezel, to the intelligent camera that allows you to snap some really premium photos without needing to fiddle about with the settings. 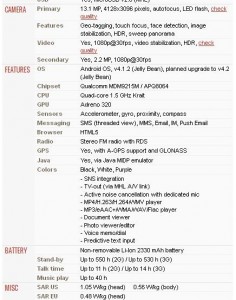 The main problem we have with this phone, spec list aside, is the fact the iPhone 5 is STILL very expensive. he iOS 6 update is a good one, and while some feel it to be ageing slightly, many see it as doing exactly what they want… and given Apple has built it smartphone reputation on simplicity, this makes sense.

Google and LG have worked together to bring to market a fantastic offering, one that even Apple fans can’t help but coo over when they hear the price. The Nexus 4 is beautifully designed with a stunning display and rocking the latest version of Android. It has more connectivity than a telephone exchange and even excels in the simple matter of making calls.