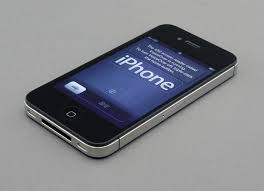 Presented on 04.10.2011, after about a year and a half from the iPhone 4, the new iPhone 4S has all the features you would expect in the new iPhone, except for the design was identical to its predecessor.

The iPhone 4S as well as being a very powerful terminal is also innovative in style Apple, in fact if the company had been limited to equip his new creation of a more powerful processor and a more advanced camera would have done what companies are competitors, but this is not the style of Apple, and it is for this reason that the iPhone 4S brings with it yet another innovation that will certainly be the subject of study by the competitors who will try as always to reproduce them in any way, the new technology that will revolutionize once again the world of furniture is called “Siri” and it is a voice assistant.

Many of you are thinking, “and where is the news?”. Do not confuse the voice assistant “Siri” with common voice commands that already exist in most smartphones, it is not pre-set commands to be observed and to scan accurately, Siri is able to understand the content of a sentence such as naturally as possible, for example if we want to ask our iPhone 4S to show the weather forecast we should not necessarily say “WEATHER” but we can ask as if we were talking to a person, with phrases like “I wonder if I should today bring an umbrella? “or” next Sunday I would go to sea, but I do not know if it will be sunny “, these phrases from your iPhone 4S will understand that you want to know the weather and then will give you the information you need, same thing for the traffic, to send a text message or an e-mail even while you are driving, simply by speaking the text and the receiver to your iPhone 4S, in short, Siri is a personal assistant ver5o ready to assist you at every opportunity. In the video that we propose below, there are some examples of what you can do with the iPhone 4S.

Of course, the iPhone 4S Siri is not only, in fact there was a major upgrade hardware that covers the entire terminal except for the already excellent Retina display remains that of the previous iPhone 4 (difficult that we can improve).

The processor of the iPhone 4S has an A5 Dual Core that associated with 512 MB of RAM can ensure truly high performance. In addition, a major upgrade was done to significantly improved camera with a wider aperture to f / 2.4 that allows you to capture more light and thus achieve much better images even in less than optimal conditions, the iPhone 4S can also record video Full HD, or 1080p.

Another noteworthy feature of the new 4S is represented by the double antenna that it has, in fact, to avoid gripping the phone can interfere with reception, two antennas were installed in different positions so that if one of the two is covered hindering perfect reception is activated immediately the other that will ensure the perfect operation.
The new A5 processor allows for better battery management, so the runtimes are significantly improved reaching 200 hours standby time and 8/10 hours talk time.

In addition to what has already been mentioned, the iPhone 4S is obviously built-in Wi-Fi, Bluetooth (arrived at version 4.0 that allows connectivity up to 50 mt. Away), GPS and HSDPA, well, a terminal that primacy as usual did not disappoint.